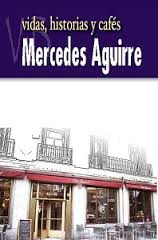 The protagonist of this novel undertakes a journey which, like that of the mythical hero Ulysses, begins on the Greek island of Ithaca. But the episodes of this journey take place in various European cities – Paris, Dublin, Budapest, Madrid – and more specifically in a series of cafés, where meetings and stories succeed each other, and end up by transforming the protagonist’s life.

He meets, among others, a lonely woman obsessed by her past, a young and naïve waitress, a writer bent on vengeance, and an enigmatic Irish storyteller. The author revisits the central figure in her earlier novel El narrador de cuentos and reveals some of his previous experiences – some romantic, some dark and mysterious.

At the same time she portrays the life of cafés as they were in days gone by and as they are now: places to talk, read, write, and tell stories.